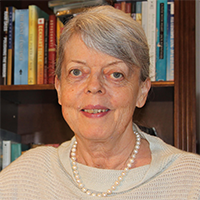 My mother always said I was born with my head in the clouds. She also said that if it wasn't stuck onto me, my head that is, I'd leave it behind. I've been trying to do that ever since, remarkably unsuccessfully for the most part, though in recent years I seem to be getting better.

I've spent most of my life trying to navigate the challenge of living by using only my mind, as if my body were some kind of strange appendage with a habit of getting in the way. For years I worked to change the world without ever looking at changing myself. I worked to bring confidence, self-valuing, and empowerment to women, without ever truly examining how much I needed those very things myself.

Born in Ireland, in 1957, I was raised in a culture that was deeply infected with a rabid and religiously backed misogyny, alongside a strong demand that one's own self be sublimated to the service of others. Deep down I was a poet, an artist, and a Romantic, all of which were judged selfish and unworthy, and so, I learned early not to indulge my creativity. Later, I endured a pregnancy spent in exile and shame and the eventual forced separation from my son. I responded by spending thirty years as an organizer, activist, educator, community worker, fundraiser, program director, social researcher, and policy report writer, working on the grisly issues of women's poverty, disadvantage, and abuse. Though it was in many ways wonderful and satisfying work, I approached it with a "drivenness" fed for the most part by my need to escape rather than include my own experience, and my habit of drowning out the true callings of my heart and soul.

Approaching forty, unmarried and apparently without a child, neither wife nor mother, I was the kind of woman who, even then, as late as the early eighties in Ireland, invited distrust and suspicion. Miraculously, life intervened and offered me the chance to leave my head in the clouds and allow myself to be carried on the winds of mystery to the western states of America. I went for a year and I have stayed for more than twenty.

For the first ten of those years, I immersed myself in the wild beauty of Montana, wandering the wilderness, romping with buffalo and wolves, grizzly bears and raptors, hiking through mountains raw and rough as my numbed heart. Living far from the jangle of towns and human company, in the maw of a Silence vast as my own inner emptiness, I found solace and a sense of home I had forgotten I once used to know, when, as a child and a teenager, I would wander the hilltops and the coastline of Kerry.

When eventually I needed to find work, I went back to social service, working with Native children and with homeless and poor women. Then, without warning I was pushed again, this time without choice, into the kind of disintegration that can so often be the deepest opportunity for healing. Despite the way I had lived, driven, and divorced from my own deep truth, it came as a surprise to me to receive a diagnosis of breast cancer. With it, everything I'd built to keep me from the pain I carried, everything I thought I was, cracked wide open and fell away. Like bones ground to dust, then blown by wind back to the desert of their origin, I was returned to my essence.

I'm not the first person to have been turned around by cancer, turned back to face everything I had not examined, and turned around again, to face into a completely new, more expanded and authentic life. I began to write, first poetry, taking workshops from Marie Howe, Jane Hirshfield, Dorianne Laux, Joe Millar, and Ellen Bass. Then I turned to short stories, and to fiction. At last, the story I had run from all my life, the story of my pregnancy and the loss of the son I had birthed more than thirty years previously, the story I most needed to tell, began to emerge.

At first, I wrote for him and for myself. The farthest thing from my mind was publication. Yet, when the writing did its work of healing, when it succeeded in generating a new relationship between myself and my newly reunited son, I began to think that it might have something to offer others...not least the other women who had shared my experience—huge numbers of other women, perhaps in Ireland alone, tens of thousands of women. And so, I self-published.

I live now in the Foothills of the Sierra, with my husband and my pets, in the company of tall trees, an endless parade of flowers and the rushing majesty of the Yuba River. I'm in the process of finishing a novel, an altogether more enjoyable and pleasure-filled enterprise than a memoir. And I'm studying Qi Gong, finally learning, if not to leave my head behind, at the very least to include my body, this body that has taught me so much, this body that refused to allow me to ignore my soul, this body that is feeling now another call, a call this time, after more than twenty years away, finally, to go home.

We'll see. The land, this time, my own land, my ancestral land, is calling again. Though I can hear my mother's voice intoning, "You were born with your head in the clouds", I have learned it is never a mistake to listen to that kind of call. Even now, at this late stage in my life, who knows what kind of adventure may lie over the next hill?

Winning Entry: Mine to Carry