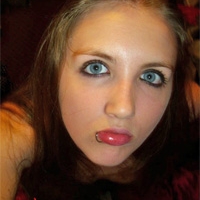 I am a UK-based writer of approximately everything who, since starting to submit writing to places for the first time in March, has been published, or accepted for publication, in 3:AM Magazine, PANK Magazine, Eclectic Flash Magazine, and over twenty anthologies by Silverland Press, Cinnamon Press, Lulu, Wicked East Press and Static Movement. I have made it to varying places from first to nowhere in many contests and am honored to add Wergle Flomp to that list. If I ever get around to writing a novel, I sincerely hope you read it.

Winning Entry: My Muse is at a Sci-Fi Convention in Reykjavik