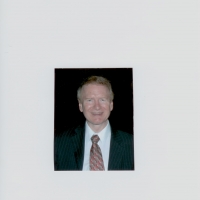 David L. Arnett retired from the U.S. Department of State on November 30, 2005. He was a career member of the Senior Foreign Service with the rank of Minister Counselor. Born in Indiana in 1943 as the son of a career Army officer, he lived in both Austria and Japan in the 1950's. After graduation from Wabash College as an English major in 1965, he spent four years in the Army with service in the Azores and Vietnam. He received his Ph.D. in English from Tulane University in 1973 and entered the Foreign Service in 1974. His Foreign Service career of 31 years included tours in Ankara, Bonn, Berlin, Copenhagen, Hamburg, Istanbul, Munich, Oslo, and Washington, D.C. He speaks Danish, German, Norwegian, and Turkish.

He and his Norwegian-born wife Vivi live in Sedona, Arizona.