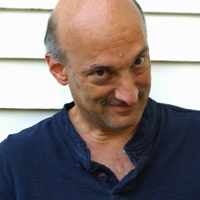 Jim Zimmerman is the winner of the 2009 Hart Crane Memorial Poetry Contest, and his work appears (or will) in SLAB, Penumbra, Off Channel, Wild Leaf Press's 2009 Anthology, and ICON. He is totally confused about this Wergle Flomp thing, since he has absolutely no sense of humor and thought he was writing a sonnet to submit to the 2009 Give-Willie-a-Shake Imitation Shakespeare contest. He's not too disappointed to see his face on a website, though...

Deadline Jan 31: The Winter Anthology Contest; submit as much poetry or prose as you like. Whole manuscripts are welcome. The winner will be published in Volume 10 of The Winter Anthology and receive $1,000 | thewinteranthology.submittable.com/submit/3729/th… with @submittable HT @frugalpoet pic.twitter.com/9xf936gQSc