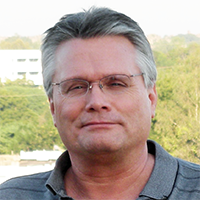 Jeff Shearer was born in Portland, Oregon and spent his early years in the Pacific Northwest. After attending Whitman College, he moved to Nashville, Tennessee where he taught high school and later moved into the world of financial services. While making a living in finance and technology, he kept his dream of writing alive by working on short stories and poetry and by bonding with other writers, eventually joining the newly formed Nashville Writers Group.

His poems and fiction have appeared in a variety of magazines and journals, including Blue Moon (Whitman College), Now and Then (Eastern Tennessee State University Press), and The Nashville Scene. In 1996, several of his works were anthologized in A Tennessee Landscape, People and Places (Cool Springs Press). He has won several awards, including the Nashville Scene Fiction Award, Tennessee Writers Alliance Poetry Award, Tennessee Writers Alliance Short Fiction Award, and the Cookeville Creative Writers Award. Since 2008, he has spent the summers participating in workshops at the Iowa Writers Festival in Iowa City, Iowa.