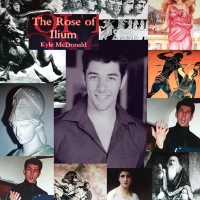 Kyle McDonald, born in Saskatchewan in 1980, has lived most of his life in Ontario and attended the University of Toronto and Sheridan College for Theatre and Drama Studies: he is currently a professional actor. Having always been interested in writing, he has composed several plays (most of which are in verse) and two novels. He is currently working on a third novel composed entirely in sextet cantos.

Throughout his upbringing, he has been subjected to multifarious philological despots who insist that his diction and subject matter are altogether too florid, or, in the least, too ostentatious, to capture the "Reader's" interest. Mr. McDonald remains defiant. His literary influences include Homer, Plutarch, Dante, William Shakespeare, Alexander Pope, Lord Byron, and Sir Walter Scott. Mr. McDonald now feels ready to venture into the literary world and hopes to achieve representation and eventual publication, despite the caveats issued by the above-mentioned curtailers of the lexicon.

Winning Entry: The Rose of Ilium