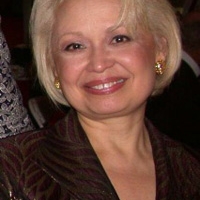 Marie Delgado Travis is proud of her Nuyorican roots. Her poetry books have received two Honorable Mentions in the International Latino Book Awards (2007, 2008). Her poem "The Window" won Second Place in the 2005 Tom Howard/John H. Reid Poetry Contest. She was also named Juried Poet, Houston Poetry Fest (2007, 2009), and Author of the Year, Houston Hispanic Book Festival (2010). Her work has appeared in Chicken Soup for the Latino Soul (English and Spanish editions), Across the Long Bridge: An Anthology of Award-Winning Poetry, and Prentice Hall Literature for Ninth Grade: Texas Edition. Contact: poetexx@aol.com. Visit Marie's storefront at: www.lulu.com/spotlight/marilutravis.

Winning Entry: Beslan, What If…