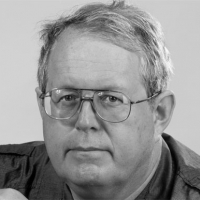 Martin Hill Ortiz, a native of Santa Fe, New Mexico, is a professor of Pharmacology at the Ponce Health Sciences University in Ponce, Puerto Rico where he lives with his wife and son. An award-winning poet, a score of his short stories have appeared in print, anthologies, and online journals. He has authored several mystery thrillers, A Predatory Mind (2013, Loose Leaves Publishing), and Dead Man's Trail (2014, Seven Archons Press). Never Kill A Friend is set to be released on June 15, 2015 from Ransom Note Press. The sequel to A Predatory Mind, A Predator's Game will be coming out later in 2015. He assembled and wrote the introduction to a three-volume anthology of the best short stories in English. Along with his scientific background, he has worked in theater, having run a comedy troupe in South Florida.