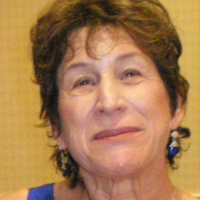 Meryl Natchez' most recent book is a bilingual volume: Poems From the Stray Dog Café: Akhmatova, Mandelstam and Gumilev. She is co-translator of Tadeusz Borowski: Selected Poems, and contributor to Against Forgetting: Twentieth-Century Poetry of Witness. Her book of poems, Jade Suit, appeared in 2001. Her poems and translations have appeared in various literary magazines and anthologies, including The Pinch Literary Review, Atlanta Review, Lyric, and many others. Before retirement, Natchez founded and managed a technical writing business, founded the non-profit, Opportunity Junction, and raised four children. Visit her blog.

Diversity in Publishing from A to Z: A List of Book Publishers Who Specialize in Diversity and Inclusion | hereweeread.com/2019/02/divers… via @hereweeread #publishing #diversebooks pic.twitter.com/OAzDvDVpPl