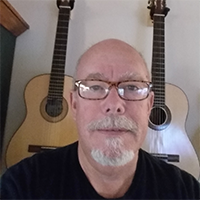 Patrick Boyce was born and raised in the Lower Rio Grande Valley of Texas, the son and grandson of a farmer. The family farm was located five miles from Mexico. He attended the University of Texas, served for twenty years as a military intelligence professional in the US Army, along the way earning his Bachelor's degree and completing work toward a Master's. Upon retirement from the Army, Patrick earned a Master's Degree in Teaching from the Evergreen State College in Olympia, Washington and then served for twenty years as a high school teacher in the Olympia area. Thanks to the extensive education and training he received in the Army, he was able to be endorsed to teach a wide variety of subjects, including Russian, German, Spanish, History, and English.

Since retiring from teaching, he has had time to pursue his hobbies of building and playing classical guitars and to devote time to writing. He is currently working on Repatriation, a novel featuring the characters and setting of his short story "Night Vision".