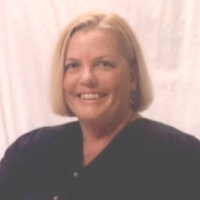 Patti Patton's short story "Gas Lines" won the 2002 Truckee Meadows Writing Conference Fiction Prize. She has an MFA in playwriting from the University of California, and in June she had a staged reading of "Chiophobia (fear of snow)" at the Edward Albee Final Frontier Theater Conference in Valdez, Alaska. She has had staged readings of plays at the University of Arkansas New Play Retreat in 1989, and the Eugene O'Neill Theater Center National Playwrights Conference in Waterford, Connecticut in 1992. She has published poems in such literary magazines as Confluence, Green Hills Literary Lantern, Hawaii Review, Kimera, Mid-American Review and Poetry North. She lives in Grass Valley, California.