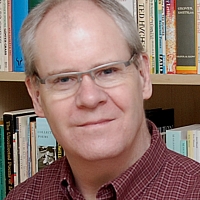 I received my MA in English from the University of Waterloo after receiving three awards for scholarship as an undergraduate at the University of Guelph. I have always been interested in military history and Antietam was inspired by the battlefields of Robert E. Lee's 1862 Maryland Campaign. Critics have referred to my first book, Trainer—visualizing flight training during WWII and published by The Paget Press—as "a combination of fragments that moodily animates the grittiness, the fear, the boyish bravado of another time, a time of war" (William New, Canadian Literature). The Masons, four meditations on English cathedrals, and First Epistle to Dr. Torr, a mock heroic satire, were published by the Gryphon Press. Aphorisms was published by the Adela Press. My poems have appeared in journals and anthologies in Canada and Australia. I live in Aurora, Ontario.