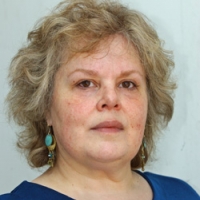 Reena Ribalow is a poet and writer living in Jerusalem. She was born in New York City and educated at Hunter College High School and Queens College. She attended the University of Iowa Ph.D Program and Writer's Workshop on a Danforth Foundation Fellowship, after which she traveled through Africa and Europe until arriving in Jerusalem, where she has been ever since.

She is First Prize winner of both the Moment Magazine Short Story Competition, and The Golden Prize; other awards include the Keats Poetry Prize and the Stand Magazine International Short Story Competition. Her work has been published in The Jerusalem Review, Ariel, The New York Quarterly, Shirim and The Literary Review, among others.