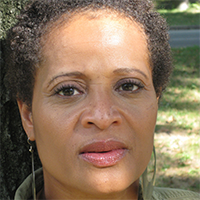 Reneé Flemings' short stories include "In the Dust", "The Gift", "Her Place", "Cool Enough", and "Blowing Off Steam". As a playwright her work includes Strange Weather, which has had readings at Roundabout Theatre Company (NYC), New Federal Theatre, The New Professional Theatre's Centenary Theatre and Run of the Mill Theatre (Baltimore). Other plays include Brotherhood, Rendered, Daddy's Home, Coyote Calls, Monsters, Second Hand Smoke, Legend, Scars (Sam French Finalist) and The Jam, which received a reading as part of the Genesis Festival @ Crossroads Theatre and a developmental workshop through The Blank Theatre in Los Angeles, CA. Other works include the libretto and lyrics for Love Rose and a full-length multimedia work about the Little Rock Nine, With All Deliberate Speed. Additionally, Renee has written and performed several solo shows including From the Front Porch, "...secrets..." and The Bible Belt. Publications include: Bounce & Roll, Bel Canto, Rewind and The Visitation (Bechdel Plays).

Winning Entry: In the Dust

Deadline Jul 15: The Rattle Poetry Prize offers $15,000 for a single poem to be published in the winter issue. Ten finalists will also receive $500 each and publication, and be eligible for the $5,000 Readers’ Choice Award | rattle.com/prize/about/ @RattleMag with @submittable pic.twitter.com/ubAfhvPWdt