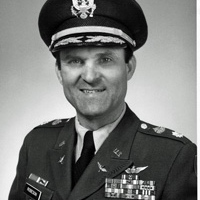 Robert B. Robeson flew 987 combat medical evacuation missions in South Vietnam (1969-1970) while evacuating 2,533 patients from all sides of the action. He had seven helicopters shot up by enemy fire and was twice shot down. He's been published over 750 times in 130 countries, which include Reader's Digest, Positive Living, Vietnam Combat, Writer's Digest and Newsday, among others. Robeson retired from the U.S. Army as a lieutenant colonel after 27 1/2 years of military service on three continents. He has a B.A. in English from the University of Maryland and completed extensive graduate work in journalism at the University of Nebraska-Lincoln.

Winning Entry: To Steal, Or Not to Steal