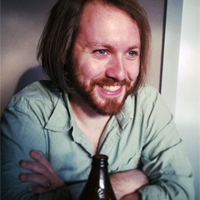 Scott Latta is a writer and editor from Birmingham, Alabama. After an editing career that led him to the Alabama Gulf Coast and Nashville, Tennessee, he is now in the MFA program for nonfiction writing at Oregon State University. He has written for magazines including Nashville Lifestyles, Native, Collegiate, and Local Table, and has studied under authors Rick Bragg and Elena Passarello. The wisest words he ever heard from his father were, "Even when you're my age you won't be good at golf. Don't let it get to you." He lives in Corvallis, Oregon, with his wife, Jessica.

Winning Entry: In Which I Feign Injury to Get Out of Wrestling Tristan Reed