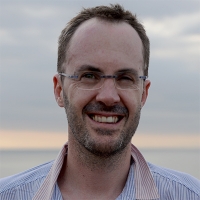 Simon Hendrie graduated from the University of Cape Town, majoring in Actuarial Science and Statistics. At Oxford University, as a Rhodes Scholar, he studied Philosophy, Politics and Social Policy, and won the Rex Warner Literary Prize. He has also had poetry published in the South African literary journal, New Contrast. For a few years he worked in development economics in South Africa. Now he is based in Hong Kong, heading up product development for a wellness program that rewards people for getting healthier.

Winning Entry: What Will You Say When Your Child Asks: “Why Didn’t You Invest in Eastern Poland?”