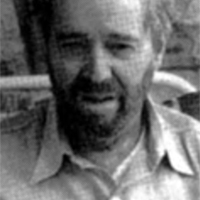 Starkey Flythe served with the army in the Middle East and Africa, has three books of poetry, two of fiction (Furman University's '96' Press, University of lowa Press and Snake Nation Press). He won the 2010 Inkwell Poetry Prize from Manhattanville College, was co-winner of Shenandoah's 2011 short story award, and has recent work in Atlanta Review, Southern Poetry Review, The New Yorker, and Journal of the American Medical Association. Flythe was re-founding and managing editor of the Curtis Publishing Company magazines, Holiday, and The Saturday Evening Post, and has been a manuscript screener for The Georgia Review. His fiction has been anthologized in Best American Short Stories, New Stories from the South, and the 0. Henry Prize volumes. He is a South Carolina Arts Commission grant recipient, and an NEA fellow.