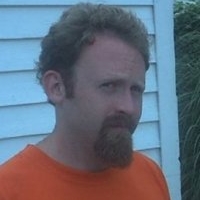 In 2008 Stephen Scott Whitaker was nominated for a Pushcart Prize for fiction. His stories, essays, reviews, and poetry have appeared in dozens of journals including two anthologies, Ride: Poems About Bicycles, and Dream in the Clouds: Poetry Commemorating Obama's Election. He is the author of two chapbooks of poetry, The Barleyhouse Letters (Finishing Line Press, 2005) and Field Recordings, winner of the 2006 Dogfish Head Poetry Prize and the Delaware Press Association Award for Best Verse. He reviews books, art, and culture for Delmarva Quarterly and The Broadkill Review. He is the recipient of an NEA grant for rewriting Romeo & Juliet as a rock musical for teenagers.

Winning Entry: The Success of Captain Whitaker’s Dress, Until the Piano Can No Longer Hold Its Tune, Typewriter