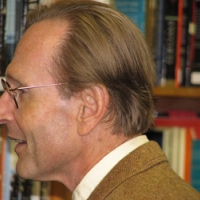 Tim Mayo's poems have appeared in The Atlanta Review, Arbutus, Del Sol Review, The Rose & Thorn, The Cold River Review, Paris/Atlantic, Four Corners, Mannequin Envy, Poet Lore, 5 A.M. and The Chrysalis Reader. Two of his poems have garnered "International Merit Awards" from The Atlanta Review, and in 2000, he was a Semi-Finalist in the Discovery/The Nation Poetry Contest. In 2006 he received a Vermont Artists & Writers Grant from the Vermont Studio Center in Johnson, VT, and recently his first collection, Dreaming of a Dependable Force, was chosen as a Finalist/Runner-up for the 2007 Main Street Rag Poetry Book Award. It will appear in February 2008.