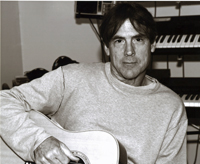 William (Bing) Bingham grew up in a military family and traveled the world as a child. Among his writing credits are a number of short stories, television shows, and the screenplay Faith of My Fathers, which was produced for A&E in 2005. He teaches at a private school in Kent, Connecticut, where he wears all the traditional "hats" and continues to write creatively.