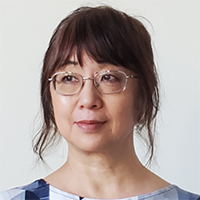 When Ying Qian was growing up in China during the Cultural Revolution, only Mao's works were printed and nothing else. Without new books, she read the classic novels—those that had not been destroyed by the Red Guards—in her mother's apartment again and again until the covers were missing and the pages worn. After Mao's death in 1976, the Cultural Revolution ended. The universities reopened, and she went to college. However, instead of choosing her true love of literature as a major, she selected engineering, as it was too dangerous to write under the communists. One of her favorite activities, though, was to buy the latest literary magazines at the bus stop on her way home after a day's work as an engineer. Being able to write freely in America is a dream come true.

Ying Qian was born in Beijing, China. She moved to America in 1988 and obtained a master's degree in physics from Marquette University in 1992. Currently, she lives with her husband of more than 25 years and enjoys reading, writing, gardening, and music.