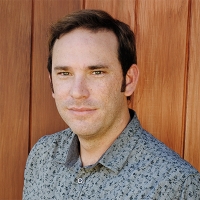 Zach Mankofsky is a recent MFA graduate. He owes a great deal to his classmates and the faculty at California State University, Long Beach's creative writing program, where he developed a short story cycle around the notion of baseball. Before that, Zach earned his bachelor's degree at UC Berkeley, and toiled in various Quality Assurance jobs from video games to web design.

Born in Venice, California, Zach began writing in his early teens—mostly fantasy and science-fiction, inspired by the (then brand new!) George R. R. Martin series, role-playing games, and Star Trek: The Next Generation—and became serious about writing after undergrad, upon discovering early American crime fiction, film noir, and especially post-noir films like The Naked Kiss and The Long Goodbye. Nowadays his writing life involves trying his best to emulate David Mitchell and, for fun, translating Japanese science-fiction with a bilingual friend.

Zach's writing has been published in Riprap Journal, Quail Bell Magazine, and American Mustard (as Zach Mann), and most recently in Cobalt Review's baseball issue.

Zach has lived in Los Angeles, San Diego, Berkeley, San Francisco, and Moscow, Russia. Currently he works at the Los Angeles Review of Books and lives in Venice, California with his wife and cat.