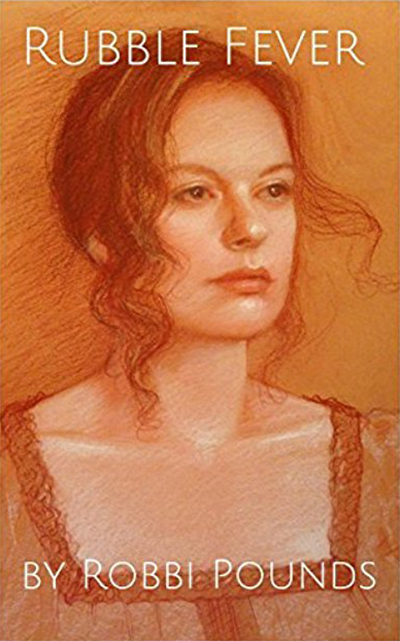 Published a decade after Hurricane Katrina devastated New Orleans and the Gulf Coast in August 2005, Robbi Pounds' memoir Rubble Fever takes us deep into the physical experience of surviving and rebuilding from a flood. Her journey of exile and return is interwoven with flashbacks to the recent illnesses and deaths of her parents, a grief that is reopened by having to flee her home. The book explores what it means to have a place in the world, and the lengths to which we will go to hold onto our roots. This was one of the entries with the strongest sense of connection to a specific locale—a good reminder that world-building matters to all genres of narrative, not only fantasy or historical fiction.

The first-person present-tense voice re-creates the author's traumatized tunnel vision. She first attends a raucous party with faculty friends on the night before the storm, then couch-surfs with various other friends across the South, all the while making desperate plans to return to her New Orleans house, as fast as she can force her elderly automobile onto the blocked roads. She stays functional through a kind of denial, clinging to a single objective like a life preserver, no matter how imprudent. With no parents, close relatives, children, or partner, fidelity to her chosen hometown becomes the only peg on which she can hang her identity, the continuity of her psychic self.

However, this narrow vision limits the book in other ways. When Katrina hit, Pounds was a writing professor at Xavier University of Louisiana, a historically black Catholic college. The book does not include an author bio (presenting difficulties for both judges and potential buyers), but one can infer from the cover painting and occasional narrative details that the author is white. We know all too well, from the news coverage, that Katrina disproportionately impacted black and poor Gulf Coast residents because of where their neighborhoods were built and their limited access to private cars for evacuation.

The best memoirs show how their author's personal story is a useful lens through which to view wider social patterns or historical events. Rubble Fever missed a big opportunity to reflect on white privilege and racialized inequality regarding who gets to have a home or return to it. For a white middle-class woman, the shock of displacement from family and land is individualized and contrary to expectations of safety. It would have been interesting to contrast this with black Americans' long history of being torn from their roots and how Katrina continued that collective trauma.

Not every memoir by a white person has to talk about race, of course, but race played such a big role in the tragedy of Katrina that it should have occupied more of the narrator's consciousness. This may be a limitation of using the present-tense voice, because she understandably wouldn't have been thinking about anyone but herself during the crisis, but a memoir about an event of historical significance requires temporal distance and a wider perspective.

I would also have liked to know more about the friends whose hurricane rebuilding stories are interspersed with her own. It was sometimes hard to keep track of these characters, how they knew her, and what their background was. Knowing their ethnicity and financial situation a little better would have contextualized their choices to leave or stay in shattered neighborhoods.

Rubble Fever had beautiful literary writing and a good narrative structure—more sophisticated than the average memoir we receive, which too often proceeds in straight chronological order. It was an elegant choice to bookend the Katrina story with a memory of her father hatching anole lizard eggs, and a 2008 epilogue where the author is doing the same thing in the aftermath of Hurricane Gustav.

The printed book was in a difficult-to-read Courier typeface with no internal design elements, looking more like a manuscript than a published book. It did not do justice to the artistic portrait on the cover, which had a "literary" feel and a mood of pensive longing that suited the book. Both the cover image choice and the title gave too few clues about the book's subject matter; even a subtitle would have helped. This is a meaningful and vivid story that deserves better packaging to reach a wider audience.