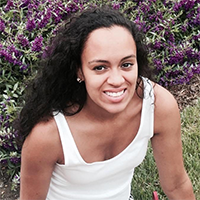 A.J. Edwards was born and raised in the woods of Massachusetts. She studied English Literature, Spanish, and Classics at Assumption College, as well as Hispanic Linguistics for a brief period in Salamanca, Spain. There, she had the pleasure of turning the pages of one of the incunables, some of the oldest printed texts in existence (from the fifteenth century!) Her husband says she's obsessed with the written word, and he's probably right. She met him while teaching in Mississippi. Now she lives in western Maryland (her third state beginning with the letter m) with him and her daughter.

Winning Entry: Why I Don’t Use the Word Nigger