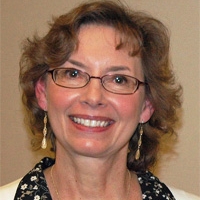 Berwyn Moore served as the inaugural Poet Laureate of Erie County, Pennsylvania, from 2009 to 2010. She is the author of two collections of poetry, O Body Swayed (Cherry Grove Collections, 2009) and Dissolution of Ghosts (Cherry Grove Collections, 2005), which was runner-up for the Lyre Prize in Poetry. She is editor of the anthology Dwelling in Possibility: Voices of Erie County (Gannon University Press, 2010).

Her poem "After the Light" won First Place in the 2007 Magliocco Prize for Poetry from the Bellevue Literary Review, and her poem "Pins and Needles" won Second Place in the 2009 poetry contest from The Pinch. Her work has also won awards from Margie: The American Journal of Poetry, Negative Capability Press, and the Chester H. Jones Foundation. Moore has had two poems nominated for the Pushcart Prize.

Her poems have appeared widely in national journals, including The Southern Review, Shenandoah, Poetry Northwest, Nimrod, Journal of the American Medical Association, Kansas Quarterly, and Cimarron Review, and are posted on The Best American Poetry and An American Life in Poetry web sites. She has articles published in Public Health Reports, The World and I, and the Foreign Service Journal.

She is an associate professor of English at Gannon University where she teaches courses in creative writing, literature, and medical humanities and advises the literary-art magazine, Totem.

Winning Entry: An Argument with Semonides* on His ‘Types of Women’