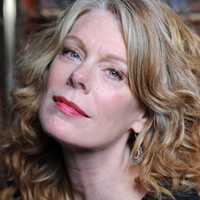 Erin is the writer of The Storykeeper, an Accolade Award-winning film about occupied Paris, which is currently being shown at festivals worldwide, and the true story can be found on her website, along with photos, documents and details. The film was on the first list of nominated films at Jaipur Int. Film Fest, winner of an Accolade award, Best Documentary Short at Geneva Film Fest, and Shortlisted for Onecloudfest Prize. This fall it is playing, among other places, at Naperville Festival near Chicago and Hot Springs Festival in Arkansas. Visit the film's Facebook page to learn more.

Erin is occasional guest instructor for the Evening Writing Workshop at Shakespeare and Company Bookstore in Paris, where she teaches the workshop "Deep Travel" with writer Christina Ammon. She is co-editor of an anthology of writings from this bookshop, Vignettes & Postcards, which has won nine international awards.