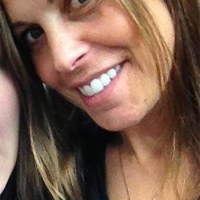 Maria enjoys writing everything from picture books to adult fiction. She's a member of SCBWI and The Writers Guild. In 2012, her picture book manuscript, Step One, Step Two, Step Three and Four, about a newly merged family where the step-children are struggling to get along, was a finalist in the NAESP Writing Contest. In 2013, her middle-grade novel manuscript, Sushi Kitty, a historical fiction piece that takes place in Japan, was nominated for the Joan Lowery Nixon Award, and became a top five finalist in the NAESP Writing Contest. "A Rose By Any Other Name" is her first short story contest prize-winning entry. Maria currently lives and writes in Katy, Texas. Details on Maria and her current projects can be found at http://mariaashworth.com and Twitter, @maria_ashworth.

Winning Entry: A Rose by Any Other Name