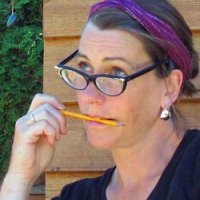 Rachel S. Neal began writing a few years ago when she took a career break as a physical therapist and picked up a pen. She can't seem to put the pen down and has been writing silly poetry along with more serious attempts at poetry, fiction, and non-fiction ever since. She was excited to find Wergle Flomp and the community of poets that understand and enjoy craziness. The Peeps poem is her current favorite work and is hopefully the first in a long line of Wergle Flomp submissions.

Winning Entry: A Lament to the World

Winning Entry: A Villanelle of Love and Sorrow