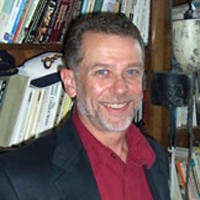 Stephen Coyne's short stories have appeared in many literary journals including The Southern Review, The Georgia Review, The New England Review, The North American Review, Prairie Schooner, and others. He has won a Playboy Magazine College Fiction prize, a Robert's Writing Award, a Heartland Fiction Prize, and a Prairie Schooner Reader's Choice Award. His story, "Hunting Country", was chosen by Anne Tyler as one of the best stories published about the South from 1996 to 2006 and is republished in Best of the South II from Algonquin Books. Coyne teaches American literature and creative writing at Morningside College, in Sioux City, Iowa.