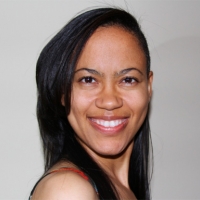 Viola Allo is a Cameroonian-born poet based in the United States. Raised in Cameroon by her Cameroonian father and American mother, she migrated to the United States at the age of nineteen. She holds a bachelor's degree in psychology from the University of California, Davis and a master's degree in anthropology from the University of Michigan, Ann Arbor. After many years of searching for her calling, Viola became a poet and studied creative writing at American River College. Her poems and essays have been published in the American River Review.

In 2010, Viola received an Albert and Elaine Borchard Foundation fellowship to attend the UC Davis Tomales Bay Workshops. In 2011, her poem "Nigerian Girl with Calabash" was published in US Poet Laureate Kay Ryan's community college poetry anthology, Poetry for the Mind's Joy. Also in 2011, "Nigerian Girl with Calabash" was selected as "Best in the Nation" by the Community College Humanities Association. Viola was shortlisted for the Brunel University African Poetry Prize in 2013 and again in 2014. In the spring of 2014, Viola's first chapbook, Bird from Africa, was selected by poet Kwame Dawes and the editors of the African Poetry Book Fund for inclusion in their Eight New-Generation African Poets chapbook box set. Bird from Africa, published in 2015 by Akashic Books (Brooklyn, New York), features sixteen of Viola's poems and a preface by novelist and poet Chris Abani. Viola believes that poetry has the power to uplift humanity.

Winning Entry: Hunger Flew With Me From Cameroon