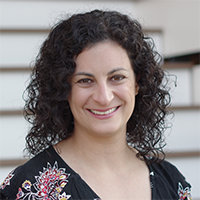 Molly Lazer's first novel, Owl Eyes: A Fairy Tale, was published by Fire & Ice YA in 2018. This retelling of the Cinderella fairy tale has been a finalist for several awards, including the National Indie Excellence Awards and the Dante Rossetti Award. Her short story collection, Lentils in Black Rice: Myths and Fairy Tales, was released in 2019 and features 10 short stories and one novelette.

Molly holds a Bachelor's degree in Theatre Arts and English from the University of Pennsylvania. From 2004 until 2008, she was an editor at Marvel Comics, where she worked on comic books such as Fantastic Four, Captain America, and New Avengers and was the editor of cult favorite comic book Spider-Girl. She returned to the University of Pennsylvania to receive a M.S.Ed. in Reading, Writing, and Literacy in 2009, and began a career as a high school reading, creative writing, and drama teacher. She also serves as a pro critiquer for Comics Experience, helping aspiring comic book writers finesse scripts for publication.

​In 2016, Molly received a MFA in Creative Writing from Rosemont College. Her short stories have been featured in literary magazines including Gone Lawn, Scissors & Spackle, Silver Blade, and Medical Literary Messenger. She lives outside Philadelphia with her husband and twin sons.