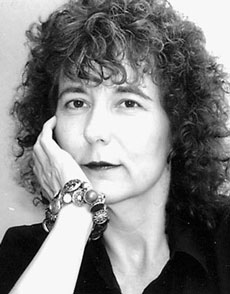 What, for you, makes a poem in traditional verse feel fresh and contemporary?

The trend in contemporary traditional verse is to interpret form rules loosely, sometimes to the point where the spirit of the form is there, but the body isn't. So I consider a traditional verse poem that takes some liberties with the original rules to be one way of making the verse contemporary. I should add here that as a judge, I will categorize a poem as free verse if it veers absurdly far from the classic form it represents.

There are also other ways that a traditional form can feel more up-to-date, such as using today's vernacular instead of obsolete language, such as thee, thou, whilst, etc. Or, the poet can introduce a modern slant on an historical event or person. There were several excellent examples of villanelles and sonnets that employed this approach in last year's Tom Howard/Margaret Reid Poetry Contest. Also, a modern happening or person can be placed in an earlier era through traditional verse. I haven't seen this as much, but it can be very effective, and it's a innovative way to make a poem feel fresh.

What poetic qualities do you look for in free verse, to differentiate it from prose?

In free verse, I look for conciseness and use of poetic devices, such as metaphors, similes, alliteration, assonance, and internal rhyme. I also look for sound and rhythm in the words, which delight the ears as much as the mind. Free verse, along with all other forms, often has more of an intensity, an excitement, than prose. It's the gelato where prose is the ice cream. In addition, there's a maverick quality to free verse, a willingness to break the rules of convention.

How can poets figure out whether our contest is a good fit for their work?

That's easy. Winning Writers Poetry Contests are a good fit for all poets. They are professionally and ethically run and have historically chosen fine poems as winners who receive high-end monetary prizes. Plus, the winning poems stay indefinitely on the Winning Writers website.

As a judge and reader, I'm not opposed to humor. There were many excellent rhyming humorous poems entered this last year, and I enjoyed them greatly. However, a solely humorous poem, no matter how good the form or its "funny factor", loses much of its effect after the first one or two readings, while poems that are multi-layered have the potential to become more meaningful with each reading. That to me is one of the more important qualities in a winning poem. Winning poems get multiple readings before ending placements are made.

Of course, it's possible to combine humor with more serious subject matter in the same poem, and that can create a powerful piece. These would be very competitive in the Tom Howard/Margaret Reid Contests.

Do you have any pet peeves as a contest judge? E.g. over-used themes, clichés, awkward line breaks...

I'm not a fan of poems that tell me directly, as a reader, what to think or feel. I want to see language used in a way that allows me to come to my own conclusions. This kind of writing can be summed-up by the commonly-used phrase, Show/Don't tell.

Impact will be far greater if the poet empowers the readers in this way. It's accomplished through the use of examples, action, and dialogue rather than through directives. Description also can be effective if there is minimal use of adjectives. In place of most adjectives, I like to see similes and metaphors that let the reader come up with the words beautiful, ugly, bossy, etc.

What are the greatest rewards of being a contest judge?

I like having a tiny influence on what defines good poetry in our time. I love poetry, so when I judge, I'm living right in the center of one of my greatest passions. Almost as important to me, though, is how much I learn during the process. When I evaluate a poem and come across a word, phrase, place, social custom or poetic form that's unfamiliar to me, I research it. In so doing, I often come away from a judging experience, especially after a big contest, feeling as though I've completed an intensive college class. This is especially the case with international contests such as Winning Writers and Voices Israel's Reuben Rose Poetry Competition.

And then there's the knowledge gleaned from the poems themselves; I've learned in depth about worlds I barely knew existed. I also feel a kind of kinship with each poet whose poem I read. I like that too. I have a tendency to talk out loud to the poets during or after a read, giving feedback, etc., and since I do much of my poetry-related activities at coffee shops, I imagine other customers think I'm slightly unbalanced. I do confess to laughing and crying over a lot of poems, both in and out of coffee shops.

Do you encourage writers to re-submit the same poems in future years (or revised versions thereof), or would you prefer new work each time?

Absolutely I'm open to reading repeat poems. Poetry contests are like perfect storms, in that so many variables have to fall into place for a winning poem to happen. And the quality of the poems as a whole will vary from year to year. A poem that didn't quite make it to the finals list one year may very well do so the following year, even with the same judge. Winning a prize is as much about who and what else has entered as it is about the quality of a poem.

How do you know when a poem is "done"? What are the signs of over-revision?

Well, I never consider a poem finished. Recently, I made a minor change in a poem after its twelfth publication. I encourage this kind of growing a poem as we grow as poets. Why not? Our poems belong to us as long as copyrights have been returned.

But of course, we must have some way of knowing when to introduce a poem to the world. Here is the list of steps I take before I submit a poem for publication or contest consideration:

I change something in a newly-written poem nearly every time I read it in front of people. This is one of the valuable benefits to participating in poetry readings. Of course it is possible to over-revise. To check for that, I read the poem and sometimes ask someone else to read it as well, to check for the following: