The authors of Critique Corner collaborated to bring the series to an end with a special gift: a list of do's and don'ts to help your poem get into the winner's circle.

Each month for the past ten years, Critique Corner has demonstrated revision principles to a wide array of poets based upon poems selected from your contributions. This month, we conclude our series. We hope you have enjoyed these monthly essays, learned something, and felt inspired to take a fresh look at your own poems.

Each of the reviewers at Critique Corner has been in the position of selecting poetry for publication and/or judging contests. Not surprisingly, most editors and judges will describe the same selection method, at least initially: make two piles, one for "pass" and one for "read again".

So, as our final send-off, we have prepared two short lists that you can keep and review. The first list is what to avoid if you want to get into that "read again" pile. The second, shorter, list are the signs that we are looking at a winner.

Topping all three of our "avoid" lists:

And now, our lists: 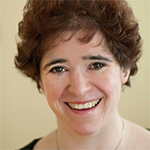 JENDI REITER
Jendi Reiter is the author of the poetry collections A Talent for Sadness (Turning Point Books, 2003), Swallow (Amsterdam Press, 2009), and Barbie at 50 (Cervena Barva Press, 2010). Awards include a 2010 Massachusetts Cultural Council Artists' Grant for Poetry, the 2012 Betsy Colquitt Award for Poetry from Descant magazine, and the 2010 Anderbo Poetry Prize. She is the final judge of the Sports Fiction & Essay Contest and the Wergle Flomp Humor Poetry Contest, both sponsored by Winning Writers. 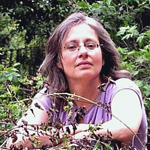 TRACY KORETSKY
Tracy Koretsky is the author of three novels: Ropeless (Present Tense Press, 2005), a 15-time award-winning novel that challenges cultural perceptions of disability; The Body Of Helen, inspired by modern dancer Martha Graham; and The Novel Of The Century, a romantic comedy about the importance of love, books, and choosing both. She offers her memoir in poems, Even Before My Own Name (Raggedbottom, 2009), at www.TracyKoretsky.com as a free download. Also on the website: recent work, audio poems, interviews and reviews. 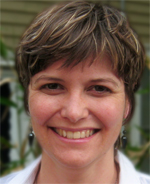 Our observations are guidelines, not iron-hard rules. Kyle McDonald submitted a masterful old-fashioned poem to our 2007 War Poetry Contest. L.N. Allen's concrete poem, "The Matrushka Maker", matches its subject perfectly. If you want to break a rule, do it consciously, and for a good reason.

A special thank you to our contributors. It is not easy to have your work critiqued publicly. We all learned from the privilege of being able to consider your work.

Keep writing and consulting the Critique Corner archives. You will find the full series here.


This essay appeared in the December 2012 issue of Winning Writers Newsletter (subscribe free).