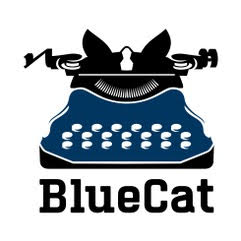 The BlueCat Screenplay Competition is now accepting submissions for 2021 with its 23rd annual competition. BlueCat's winners and finalists have gone on to sign with high-profile agencies, including ICM, CAA and WME with their work being sold to several major studios such as Paramount Pictures, Warner Bros. and Universal. Writers have won awards at Sundance, Berlin, and Tribeca following their success with BlueCat. As a result, the BlueCat Screenplay Competition has become one of the largest and most prestigious screenplay competitions in the world.

About BlueCat Screenplay
Founded in 1998 by award-winning writer Gordy Hoffman, BlueCat has remained committed in discovering unknown, gifted screenwriters and showcases their work to a global audience year after year. Through written analysis provided to all entrants, BlueCat has supported thousands of screenwriters with many who have gone on to successful careers in the film and television industry:

Aaron Guzikowski (Verve/Madhouse) wrote PRISONERS and the remake of PAPILLON, which opened in theatres on August 28th, 2018.

Savion Einstein's (Gersh) THE LONGEST BIRTHDAY, for which she won the BlueCat Joplin Award, is going into pre-production this year and will be directed by Maggie Peren. She's currently penning a rewrite of her script Superfecundation for Sony Screen Gems.

Young Il Kim (UTA/Arlook) recently adapted THE RISE OF THEODORE ROOSEVELT for Alex Timbers (MOZART IN THE JUNGLE) to direct.

"Waking Up in a Stagecoach", a poem by Gérard de Nerval, translated from the French by Joshua Edwards | poems.com/poem/waking-up… via @Poetry_Daily and Rising Tide Projects pic.twitter.com/dXHfqTbMiI