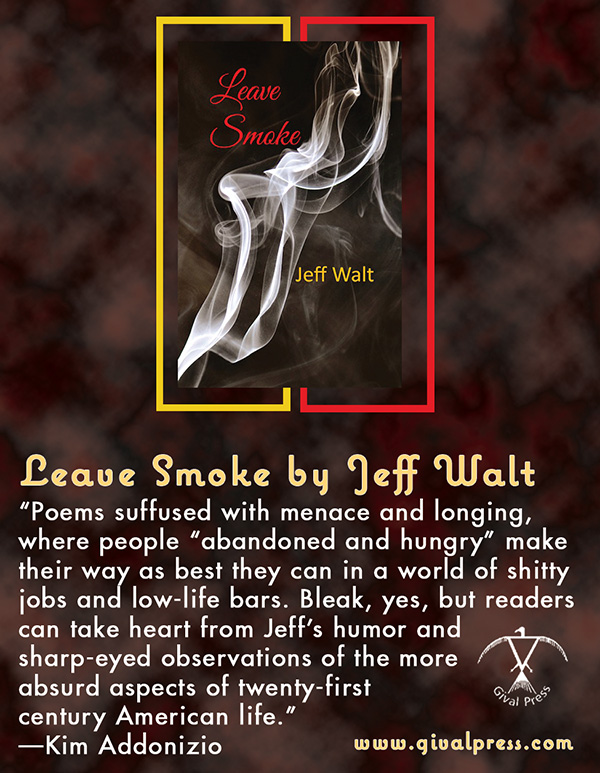 Leave Smoke is a personal and down-to-earth collection of poetry that speaks to the ordinary and the ups and downs of life and relationships. Told with vivid language and raw emotion, the reader is easily whirled into the realm of the poetic voice. The poems capture the malaise of a society rarely redeemed by love in a world of hard work, chronic exhaustion, few pleasures: reminders of how we create an easy camaraderie to substitute for deeper connections.

"Rueful songs of praise to the addictions—from cigarettes to lust—that promise self-assertion to working men and women maddened by the press of others' cravings and frustrations, the disappearance of their lives into meaningless jobs. Walt's sympathies are with the chained-up dog, the drunk Santa at the gay bar, the grimy angels he imagines shirking their thankless job of steering our souls where they belong."
—Jendi Reiter, editor, Winning Writers

Learn more about Leave Smoke and buy it now on Amazon.